It’s pretty amazing what a couple of years away, some serious time off for passion projects, and building your own company can do for your perspective in life.

What I’ve Been Up To

Two years ago, in July of 2016, I made a decision to take a long-term sabbatical to come to terms with my plot in life, and assess where I was at in my career.  During that time, I ate a lot of Doritos and played a lot of video games, enjoying the down time.  But after a couple of months of that, even it can get old and tiring. So I filed some patents that were ultimately declined (Thanks Google), and took an awesome vacation to Turks & Caicos, ultimately leading me to write this post on Getting Fired & Taking a Sabbatical in December of 2016.

2017 will go down as a milestone monumental year for me.  Looking back on it, I did some pretty cool stuff. Not only was it my 40th year on this Pale Blue Dot, but I decided to once-and-for-all get into voiceover work professionally, I built a production company that hosted a network of podcasts and launched a few of my own, that are all still going strong today, did some tech writing work to pay the bills (some of which a lot of you have probably read but didn’t know it was me), and took another annual dream vacation to Cabo San Lucas, which is now officially dubbed “Friendcation.”

At the beginning of 2018, I had it all figured out.  The business was exploding, money was coming in, and in my own mind, I thought I was done with tech.  I lived life with that mindset, even though I still kept up with everything-tech religiously, because once a geek, always a geek.  But I thought at that time, I had worked my last tech job.  People referred to me as the “Chosen One…” and “the one that made it out successfully…” and various other names and clever catch-phrases.  At the time, I shrugged it off.  It’s always fun to hear how people talk about you when you’re no longer around, and I was always proud of the legacy and reputation I left behind during that era.

Then, in July, something happened.  I received a passive query from a colleague, asking if I’d know anyone who would be a good fit for a role.  I said, “Sure, what is it, and maybe I could make some recommendations…”  As I listened and then ultimately read the job description, something clicked inside…

This is Nick Howell on a piece of paper…

It was the literal role encompassing everything I excelled at, and nothing I didn’t.  It was the role I always fancied myself having, but never found the right way to mold other roles into it.  It was a hybrid of sales, evangelism, and bizdev, all wrapped up in a bow and delivered to me.  Now, there was no way to know this would come across my desk, nor was I actually “looking,” but when I heard about it, something inside made me inquire further.  This was also extremely ironic, as it was happening during the week of Podcast Movement in Philadelphia, where I was honored to present on the things we’ve built at Orbital Jigsaw.  But here I was excited about a tech role, in an industry I had told myself I was done with.

Also, earlier this year, we decided that Friendcation 2018 would be an all-inclusive place, and I wanted folks to experience the place I fell in love with two years ago… Turks & Caicos.  And if I’m being completely honest, selfishly, I wanted the opportunity to go back, stand in the same spot, now bearded and man-bunned, and see if I felt the same level of inspiration I did just two short years ago.  There’s certainly much more to share about this overall experience, but that’s for another post, another time. 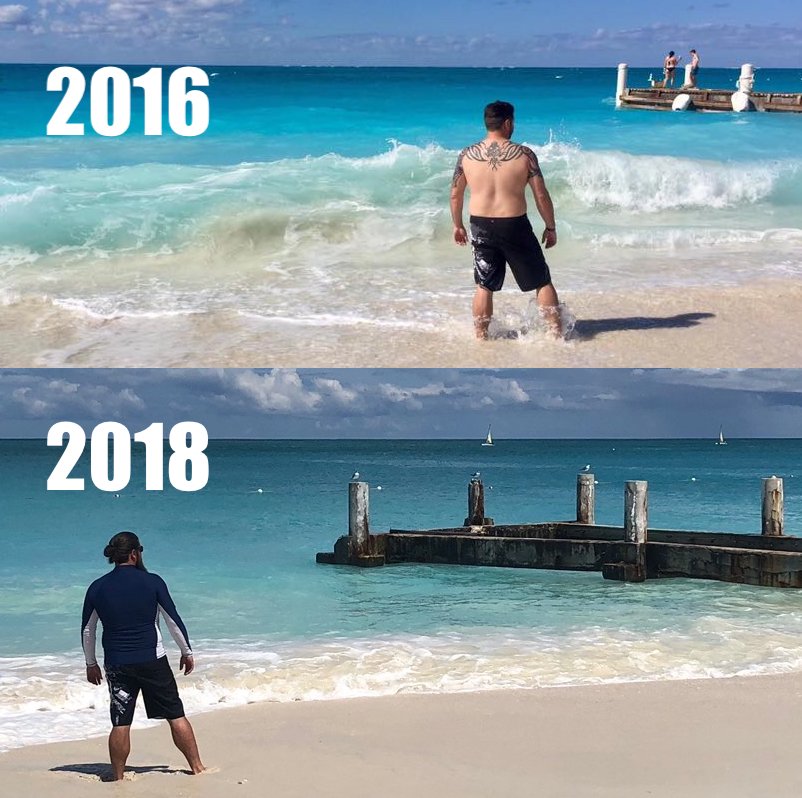 It also made it much more palatable that it was a previous employer whom I still adored.  I’m aware this is going to shock some people but….

Next Monday, Sept 15th, I’ll be re-joining NetApp in RTP as the Technical Partner Manager for the East Coast in the Cloud Business Unit.

Will definitely have much more info soon, but the next few weeks are going to be hectic as I relocate yet again back to the East coast.  This time, for good.  We’ve had enough Los Angeles after 15 years here. I’m looking forward to spending some QT with the folks, and getting reacquainted with the RTP contingent!  Also, this site needs a healthy overhaul, doesn’t it?

“But Nick, what’s going to happen with Orbital Jigsaw and podcasting?”

It’s not going anywhere, I promise.  The shows we have running will continue to run under the guidance and execution of a trusted partner.  I will still be heavily involved in the podcasting industry, just not in an official capacity.  Hell, may even finally get around to firing up that DatacenterDudes Podcast I’ve teased for years.  *hint hint wink wink*

See you back on the trail soon, folks!  And if you’re a NetApp channel partner focused on Cloud services and integrations, you and I will likely be spending lots of time together in the near future!