Where Will the Hypervisors Be in Five Years? 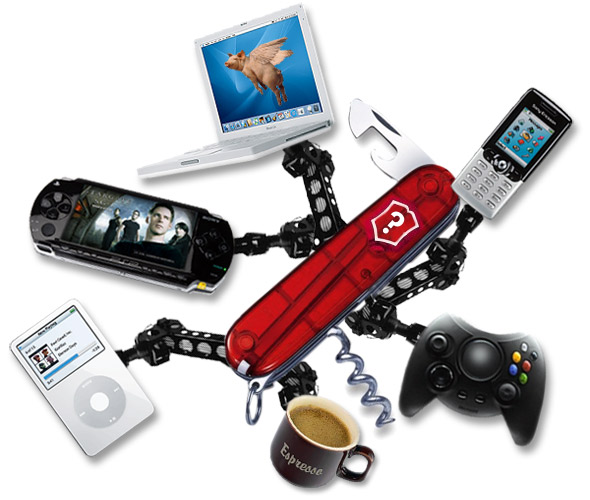 So I’ve been thinking a lot lately.  I keep coming back to an idea I theorized a year or so ago, where eventually, as x86 servers have now become, hypervisors themselves will eventually become a commodity.  The theory extends around the idea that as we continue to abstract further up the stack, the hypervisors get thinner and lighter, and are there to serve a single purpose.  This introduces all sorts of questions and theorycrafting about what managing an infrastructure will look like 5 years from now.

Let’s take VMware ESX/i for example.  In the beginning, the hypervisor was everything.  As recently as 2007, pre-Virtualcenter, everything revolved around the ESX instance.  Now, everything revolves around vCenter, and even that is becoming somewhat of a centrally-managed abstraction of entities itself, and will eventually include multiple sites, vCloud Director cells, etc.  We continue to innovate up-stack, and pull away from the foundations.

RHEV/KVM.  As a linux base, they are an easy target, because you could argue that they started where ESX/i eventually has landed.  Very thin, light install/config for a hypervisor host, but the inverse is that their management center still needs some boning up.  Sure, it gets the job done, but is it anywhere near as elegant as vCenter?  Arguably no, and of course that’s a subjective opinion from a mildly biased VMware-centric opinion.  Shout out to Jon Benedict, aka captainkvm.com.  If you’re at all interested in RHEV and how it stacks up against the others, you should definitely check out his blog.

Citrix Xenserver.  Again, I would echo a lot of the same sentiments here as I did for RHEV/KVM.  Xen is definitely more mature and has a wider user-base, especially in the VDI space (XenDesktop), but they haven’t gotten quite to where VMware is.  Of course a lot of the MetaFrame and termsvcs transplants are going to be biased towards Citrix, because a lot of their external tooling is likely citrix-centric, but for the most part, we’re still seeing < 10% market share for each of these two.

Hyper-V.  The Dark Horse.  Watch out, VMware.  I want to remind everybody of something that happened in the late-80’s, early-90’s.   Remember the Macintosh?  Revolutionized personal computing, right?  Then this Bill Gates guy came along and made a very elegant, very integrated (for it’s time) GUI, and all but knocked the wind out of Apple’s sails.  It wasn’t until Jobs and NEXT were acquired by Apple around Y2K, and the iPod started the New Age of consumer-hippie (myself included) that make up the ~10% market share that MacOSX now has today.  If you want some fun, check out market share numbers of OSX vs. Windows vs. iOS.  @Storagezilla mentioned something the other day that “…the PC war is over, and iOS has won.”  Well put, Mark.

With that said, I think what we’re about to witness in 2013 is something similar.  If you haven’t checked out what the culmination of Windows 8 + Hyper-V 3.0 + SMB 3.0 looks like, all managed in the familiar interface of System Center, you should.  It’s compelling.  Windows 8 hits in Nov 2012.  H-V 3.0 is out, and SMB 2.2 is out.  For the past few years, VMware has owned this space, with 90%-ish market share.  However, I believe they’ve plateau’ed, to an extent, and are now reaching horizontally into the “enterprise consumer” spaces, with things like Zimbra, Octopus, Horizon, SlideRocket, vFabric, etc.  But if you look at “growth” and “new installation” type sectors, you’ll see Hyper-V getting roughly 70% of those numbers.  This is not unexpected.  As VI3 grew into vSphere, they also saw and enjoyed massive growth numbers.  Is it really a surprise that “virtualize the datacenter” has only now, in 2012, made it into the Top 10 of IDC’s “CIO Initiatives” survey?  Frankly, I’m surprised it has taken this long, but certainly glad to see it there, regardless.

What am I getting at here?  I love VMware.  I love Microsoft.  I love RedHat.  I love Citrix.   I love all of them for different reasons, NONE of which is any of their hypervisors.  See where I’m going?   As far as I know, System Center is the only one with a plugin that can manage non-MS products, such as VMware VM’s.  I also heard that with Windows 8, you’re going to be able to dynamically add and remove the entire GUI.  So being able to use the GUI to deploy, get everything updated and installed, and when it’s ready for production/operations, dropping it down to a Server Core instance.  All with a couple of powershell commands.  Whoa.

Fanboys will rule the day.  Whatever your admin is educated in is likely the hypervisor that your company will lean towards.  It’s becoming a commodity.  Why do I need to go out and license vSphere, et al, is I’ve already got a hypervisor in Hyper-V?  And if the promise of Windows 8 + SMB 3.0 lives up, it’s my belief we’re going to see some transitions.

Do I see VMware managing Hyper-V instances anytime soon?  Nope.  They’re quite clearly the two giants in the room.  I realize the assertions I’m making here are controversial.  I do so in an effort to get people to pay attention to what is taking place in the industry.

Let me know in the comments! Nick, I’ve gotta say that I feel your assessment of Microsoft taking over market share and eventually being the leader in this space seems right on.  I’m a VMware guy but I feel like I better start paying much more attention to the Microsoft space.  Your comment about VMware possibly hitting a plateu seems very logical to me.  If Microsoft can catch up to VMware in regards to perfomance and ease of use, they’ll certainly have a leg up with their “free” hypervisor.

VMware was way ahead with ESX4.1i (taking into account full set of licenses, staring with free fully functional license, with Essential license and ending with standard and enterprise). But ESX5 licensing and vTAX killed it all and made MS a very serious competitor – free ESX5i is useless, Essential 5 has so many limitations that became useless as well, and enterprise licenses are quite expensive especially counting that new HW have 96 – 192 GB or RAM so they run out of vTAX easily. I think that some VMWare enemy works in VMWare sale department and helps to kill the… Read more »

With Vmware you have 4 Products and Services cost attached:ESXi, Vcenter, Annual maintenance for ESXi and Vcenter.On top of it you got all features in Enterprise Plus edition only which is very expensive and now famed vRAM pricing. With Microsoft you need to pay only for system center. With Hyper V-3 MS is not only narrowing the gap but also leading in some features. This should be wake call for vmware. They should not only look at their pricing but also making features available in lower editions.For example if somebody want too use cisco nexus 1000V he has to go for… Read more »

In reality, you have ESXi4.1 for free, have cheap Essential license (very good until ESX5 which made it useless); so technically VMWare is cheaper to implement if do not stick with ESX5 and all commercial licenses. But if you try to purchase it from VMware, then it is 3x more expensive then competitors and it distract users.

Where Will the Hypervisors Be in Five Years? « Storage CH Blog

[…] on here Rate this:Share this:TwitterEmailLinkedInPrintDiggFacebook Leave a Comment by rogerluethy on May […]

Microsoft is great at competing with “almost as good and much cheaper”. Will the Hyper-V/System Center combo ever compare 1-for-1 with vSphere on features? No, but at 1/3 the cost or less, it doesn’t have to. SQL Server, Exchange, and Windows itself are all perfect examples of this. VMware’s recent pricing faux pas only makes this worse.

Microsoft System Center supporting VMware is expected – VMware has a dominant share of the virtualization market and MS wants to make inroads, best approach, simplified management that supports both. VMware supporting Hyper-V, IMHO is unlikely for many years to come. VMware would want to protect its base and that would mean supporting building solutions which might not be the best of breed but work very well together. MS did this many years back.

yes it think the same vmware should be careful about Hyper-V 3….I commented this at vmware communities and people said you can not rumor about something that is not release yet…and I thought to myself….oh guys keep thinking like that you’ll be surprise…even enterprise companies I work for say…vmware is so expensive….so…hyper-v now is the same when vmware started….they said vmware is not enterprise ready, now sure it is….well I think Hyper-V will be too soon

Nick, In the end I think it will be factors outside of the hypervisor technology itself that will determine future uptake and adption. For example, in Australia over 80% of the customers we’ve surveyed already have VMware running in some part of their infrastrucutre which means our market matured earlier than it did anywhere else. This was in part created by a vibrant reseller ecosystem, which has, with increasing levels of market maturity, led to an incredibly competetive market for Vmware software and correspondingly low margins for resellers. The maturation of the market also caused VMware to look for growth… Read more »

Nick, Here are some thoughts around your questions: Relevancy in the next 5 years – VMware (and everyone else) likely needs to figure out how to manage any major hypervisor. Inversely, if a given hypervisor makes it difficult to integrate/manage by multiple mgmt/automation/orchestration pieces, then they won’t be used for much longer, regardless of cost or performance. I’m not sure what you mean by ‘consumerization of the enterprise’ – but if you mean I get to (figuratively) walk around with my vShoppingCart and pick the different pieces of the virt stack I like, then I agree. If that’s not where… Read more »

CaptainKVM and Nick,   I like the perspectives, the arguments and the lessons from history but I believe one area that needs a lot more discussion is customer choice. Customer choice can include making a decision between “proprietary” and “open solutions”; it can include voting with your wallet; it can include features/functions; or it can included non-of-the-above (thinking mergers and acquisitions, perhaps). Point is, many capabilities and attributes can go un-noticed, as much as a few key ones that get too much noise – but I do believe that simplicity is going to be the big winning factor. So how… Read more »

Very nice! I had heard some chatter about that. Will definitely be checking this out!

One other advantage to Systems Center is that there is an available plugin with SUSE Manager that allows a complete view of everything in your data center (except Unix for now.)

This requires expanded support via MSFT to manage Linux, but worth switching for most IT managers and often cheaper.

Great comparison, hope these other VMs survive if only to hold off MSFT domination.

Getting Fired & Taking a Sabbatical … and How it Changed Things for Me
wpDiscuz
16
0
Would love your thoughts, please comment.x
()
x
| Reply
Login
Loading...
Sign Up